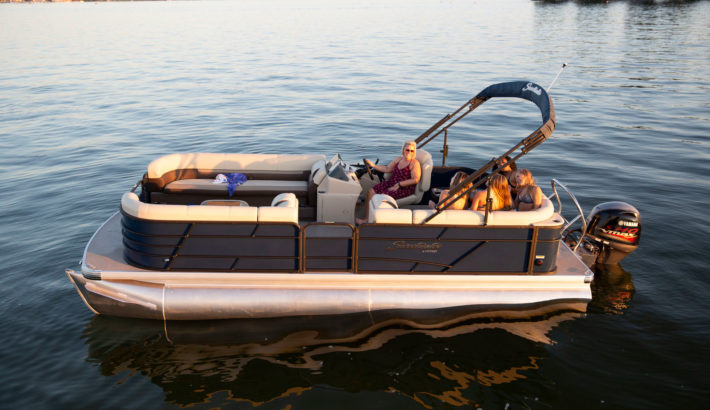 Elux Pontoons is hoping to catch the pontoon-buying public’s imagination this week, as it shows its first 24-ft. model at the Minneapolis Boat Show. The Elux 24 is unconventional in that it’s powered by an electric motor with an innovative topside layout. It’s even more unusual because its owner is the former chief executive of a medical devices company.

Howard Root co-founded Vascular Solutions several decades ago and sold it to Textron in 2017 for $1 billion. Root admits that starting an electric pontoon boat company was quite a sea change after his successful career, but he had no interest in going back into the med-tech industry.

“That industry has changed since I started,” Root told Trade Only Today. “I had a good run with Vascular Solutions, but I was tired of medical devices and managing 750 employees. I retired the day I sold it.”

Before selling Vascular Solutions, Root was stuck in a protracted legal battle with the Food and Drug Administration. A jury acquitted him on charges that his company illegally promoted a line of medical devices. His self-published book, “Cardiac Arrest: Five Heart-Stopping Years as a CEO on the Feds’ Hit List,” details the prolonged court case.

Jones had also been developing a new pontoon concept for five years. “I asked myself a simple question: What if a pontoon didn’t look like a pontoon,” he says. “I wanted to create a pontoon that was tailored for lake cruising but was also sleek and stylish.”

A Tesla owner, Root was impressed with advances in battery power and felt there was a market for an electric boat on inland lakes. He also felt that pontoon boats needed a facelift. “They tend to look like a dance floor with living room furniture,” he says. “We’re not seeing a lot of innovative designs.”

Instead of aluminum, the Elux will be fiberglass with the pontoons integrated into the hull. Root and Jones have also developed their own electric propulsion with a permanent magnet AC motor powered by a 72-volt, 420-amp lithium battery pack. Root says the Elux will have about 10 hours of cruising time at five mph. It can reach a top end of 14 mph. “I think people will appreciate the fact that it’s hassle-free, with no gas or oil, and you almost can’t hear it,” he says.

The boat will be priced at $79,000 for 2019 and that price will rise to $89,000 in 2020. Root says the company will build three boats this year at a facility near Minneapolis. There are no immediate plans for a dealer network. “We’ll go direct for the first two or three years,” he says. “We’re going to deliver them and service them ourselves. It’s important for us to be hands-on with the customers.”

Root says that the slow start is part of the process. “We think it’s a great design and will be a desired product in the boating industry,” he says. “But the easiest way to succeed is to temper expectations. We’ll let the market keep it on track.”